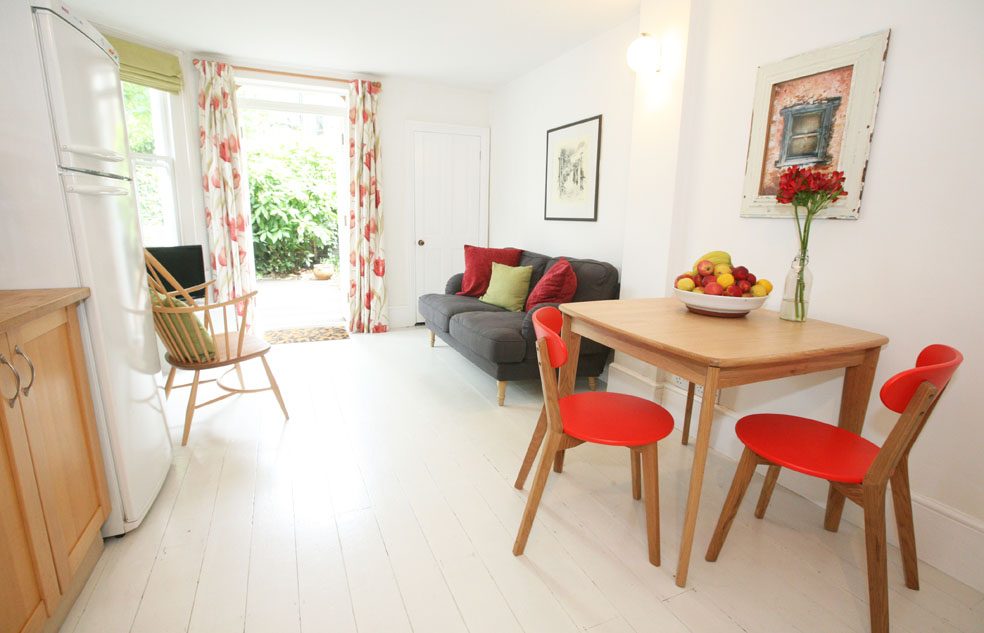 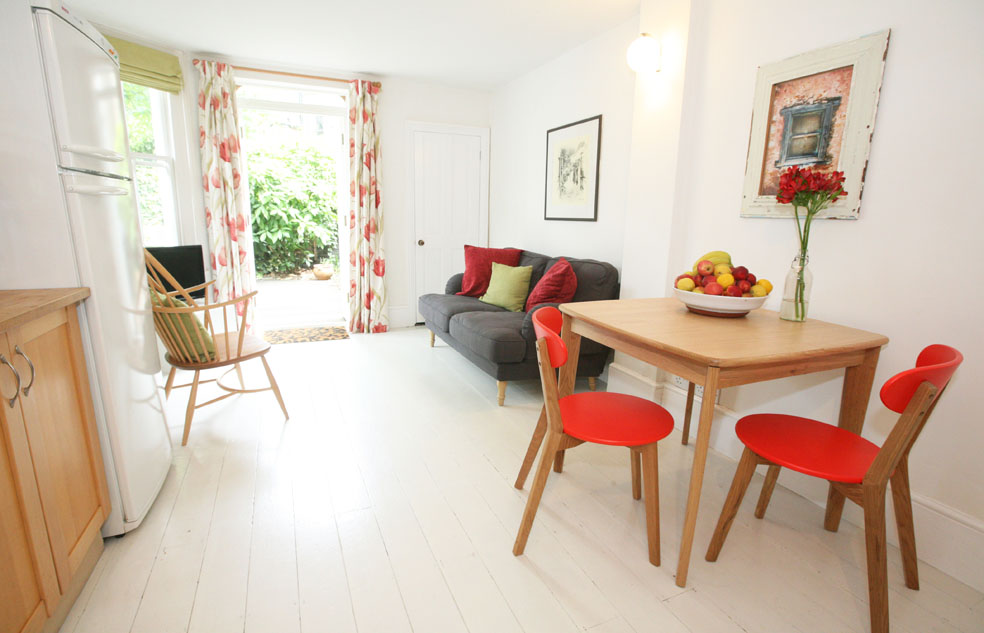 Before viewings, open all curtains and blinds fully to maximise natural light

As the ruler of your new rental empire, you have two enemies of the (e)state: voids and bad tenants. Voids – when your place sits empty while you still have to pay the mortgage month after month – are, well, best avoided. Bad tenants, however, are much worse: getting rid of them can take eight months or more, some £300 in court costs – plus thousands more if the tenant fights the eviction – and many a sleepless night. And that’s not counting the property damage, fallout with angry neighbours and mountain of unpaid utility bills you may have to deal with. Bad tenants are very bad indeed.

The strange case of the humps in the night

In a respectable part of central London a clean-cut young man rented a flat from a well-known high street agent. He agreed to pay a premium rent and signed the year-long contract, to the owners’ delight. All went well for a month or two, until the downstairs neighbours – and their young children – started being woken up by humps in the night. Then strange men, including a rabbi in full regalia, started ringing the buzzer at all hours asking for a massage. The upstairs flat, it was clear, had been turned into a brothel.

Legal threats and a police raid had no effect. Eleven months and £5,000 in legal costs later, it finally stopped after the building’s freeholder, managed by Daniel, hired a security guard to keep out punters. (Warning: do not try this at home. It’s illegal for you to harass your tenants, but in this case the muscle was brought in by the freeholder – not the landlord – upon legal advice. The women working in the flat were not the signed tenants, plus the building’s lease banned running a business and ‘illegal or immoral activity’.)

Police investigation revealed that the original tenant had a criminal record. Tenants are not always what they seem, and although not fool proof, thorough reference checks are highly advised. And that’s putting it politely.

The good news for your defence strategy is that the same tactics take out both voids and bad tenants:

Once you get these two points right, you’re ready to start booking appointments.

Why not to let to friends

Some ‘friends of friends’ turn out to be your worst enemy. Kevin and Nadia – a colleague of Martina’s – had bought and done up a three-bedroom house in Leytonstone, east London, but weren’t quite ready to move in themselves. So when a friend of a friend said she’d like to rent it, it seemed like a no-brainer. She was a single mother with twin teenage daughters moving from Germany, claimed to have a job offer and promised a month’s deposit and three months’ rent upfront – meaning Kevin and Nadia could pay off their builders.

She seemed like someone who would look after the place they’d just done up, but looking back, Nadia can’t believe they took her on. ‘Neither of us had a good feeling about her and she didn’t actually have a job. But for some reason, possibly laziness after several months of renovations, and the thought of not having to advertise the place and show people round, we did.’

Once they had signed the six-month contract, the tenant never paid rent again. Because Kevin and Nadia had forgotten to protect the deposit in time, they lost their automatic right to take their property back at the end of the six-month term. Sixteen months, £25,000 in rent arrears and £4,000 in legal costs later, she was still there and it looked like it would take another eight months before they’d get her out.

‘Obviously, the whole thing has been enormously stressful and upsetting,’ Nadia says. ‘We have both taken on extra work to pay our own rent as well as the mortgage, but have to borrow to pay for legal fees. (Unlike her, we don’t get legal aid!) We feel as though we are in limbo. We don’t know when we will be able to move in or whether we’ll have enough money for holidays.’

Her advice? ‘Trust your instincts and never take on a friend, or friend of a friend. But if you do, treat it as seriously as if it were a stranger.’

What about letting to people you know well? That old adage about not mixing business and pleasure is never truer than in lettings: your friends will probably not see the relationship as business. You’ll feel bad for charging a deposit or raising the rent, and they won’t like you for it either. If you want to stay friends, stay just that. Don’t let to them in the first place.

How to screen tenants before viewings

If you plan to do your own viewings, it helps to ask the prospective tenant a few screening questions over the phone before they view. This will not only give you a better feel for the tenant, but it will also save your time and theirs: you can avoid wasted viewings by highlighting any deal breakers early on.

Some good screening questions to ask your prospective tenants are:

It’s unlikely that you will be able to cover all these points in your initial conversation, but you can at least ask the ones that are most important to you and then leave any remaining questions for the viewing. Even this initial conversation can give you a good gut feeling for the type of tenant they might be.

If there is something obvious about the location that could put tenants off, for example, if it’s far from public transport, it sometimes helps to set their expectations with a light remark. However, if the flat is lovely inside yet there’s a power station next door, you’re better off saying nothing and leaving them to weigh up the pros and cons for themselves.

Now that you have those professional couples and sharers lining up for your penthouse, bunch viewings together to create a buzz. If one set of applicants brushes past another on their way in or out, they’ll know a cheeky offer won’t cut it.

Scheduling viewings in clusters will also save you time. In Daniel’s experience, one in ten people won’t turn up and won’t bother letting you know – even after you’ve confirmed the appointment by text on the day (which is advisable to do to avoid even more no-shows).

The woman in the wardrobe

You never quite know what you’ll find on a viewing. When Daniel first arrived in London more than 20 years ago, he went to see a four-bedroom split-level flat he intended to share with friends. The agent led them inside and showed them the downstairs living areas and kitchen. About five minutes into the viewing, a handyman came downstairs – much to the surprise of the agent, who was unaware of his presence in the property. A few minutes later, while viewing one of the bedrooms upstairs, Daniel opened a built-in wardrobe to find a (fully-clothed) woman hiding inside.

‘Shhhh,’ she whispered, putting her finger to her pursed lips. One can only wonder what the two of them were up to.

Even if you are quite sure tenants are out during a viewing, do knock and wait a good minute or two before entering.

Small things make a big difference to showing your property in the best light. Try the following directly before a viewing:

How to do viewings with tenants in situ

Include a clause in your contract to allow viewings in the final two months. Try to schedule them for when the tenants are out, always give tenants at least 24 hours’ notice, and take the correct key (unlike one agent from a certain chain who broke in to do a viewing, changed the locks and failed to give the tenants a new key).

If the tenants are very messy, arrive early to tidy up without being too intrusive. Just remember to mess everything up again before you leave – taking a photo beforehand helps. You could offer the tenants a cash bonus if they keep things spick and span and the flat is let with less than a week’s void. For a real pigsty, though, you might have to wait until they’ve left.