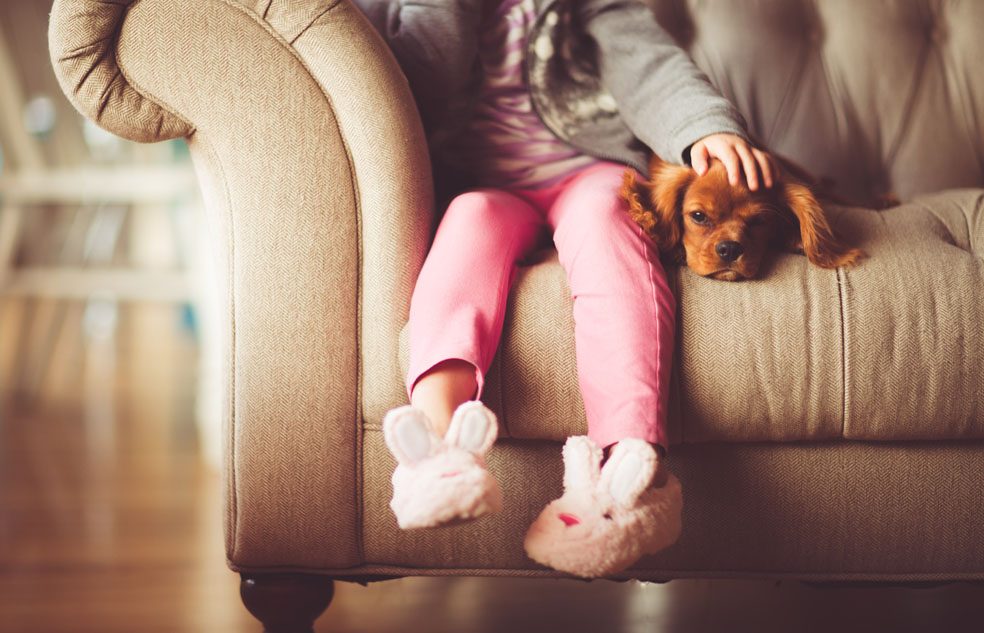 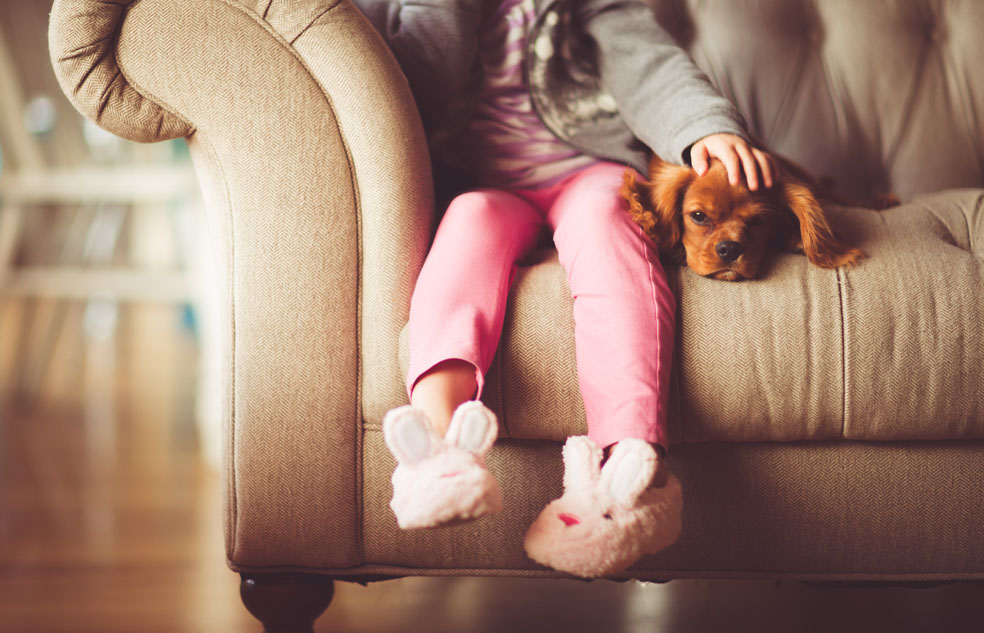 If you’re about to let out a property for the first time – especially if it’s your own home – a million questions are likely to be racing through your mind. Who can you trust to look after it? What if the tenants stop paying rent, or a pipe bursts at midnight? Where do you start? Should you repaint? Re-do the bathroom? Rent it out at all when the government is making it so much harder for buy-to-lets?

It all boils down to peace of mind.

Perhaps you’ve just bought your first property investment. In the seven years since the financial crisis, buy-to-let mortgages have skyrocketed from one in seventeen to one in five. Or perhaps, like us, you’re among the half a million British landlords who never meant to own a rental property but ended up doing so through moving jobs, partners or countries. Some inherited a property; others struggled to sell their home so decided to let it out instead. All these are accidental landlords.

We got married. Wanting a home that was new to both of us to start life together, we decided to let out the three-bedroom former council flat in leafy Southfields, southwest London, that Daniel had bought as a bachelor back in 2004. With a balcony so close to Wimbledon’s tennis courts that you could hear the crowds roar at Andy Murray’s triumphs, it turned out to be a great little earner that never stood empty. It helped us travel around the world, buy our first family house and invest in more property.

Friends who moved abroad started asking Daniel to look after their London homes, and so Swift Property, his specialist lettings agency, was born in 2010. It now has clients in thirteen countries across five continents, almost all of them accidental landlords with properties in London. They are people like John and Lily, who nervously let out their four-bedroom Edwardian terrace – complete with loft conversion, knocked-through living space and plantation shutters – after his job transferred to Switzerland.

Along the way, Swift has resolved hundreds of callouts. Besides its fair share of broken boilers, it has hired a security guard to shut down a neighbouring brothel and heated an entire flat to 60 degrees to kill bed bugs crawling up from the storey below. Once it even needed to rescue a pet python from a leak.

In this book, we combine our experience and research to show you how to have peace of mind about your rental property. You will learn to let it hassle free, so you can spend your time settling into your new life, job or country – not fielding phone calls. You will be able to make the most of your asset, even using it as your first step to financial freedom.

After all, property has been Britain’s best investment of the past 20 years. Much of this growth is caused by Britain’s housing crisis. Every year since the 1980s, the country has been building up to 100,000 fewer homes than we need to keep up with the population. This has pushed up house prices so much that if food rose at the same rate, a chicken would now cost about £55, the charity Shelter says. As a result, private renting in England has more than doubled in the past decade from about 2 million households to 4.3 million. Despite the uncertainty brought by Britain’s shock vote to leave the European Union, that underlying demand won’t fall anytime soon. Brexit or no Brexit, the country still has a supply shortage of some 2 million homes, which will take at least a generation to build.

Economics aside, we think property is such a popular investment (read: obsession) because:

However, property has its risks, too. There are more than 140 laws containing over 400 regulations on private letting in England. Legally, a tenancy means your home temporarily becomes your tenants’ home. You are granting them rights over it that supersede your own. If you want to enter, you need to ask permission. To end the tenancy, you have to follow a set legal process – and if you got anything wrong along the way, the courts may not allow you to end the tenancy at all. Worse, you could face fines and even prison if you failed to keep the property safe. We’re trying to scare you a bit because it is so important to get things right: good tenants, managed correctly.

On top of that, letting out your property is getting tougher in Britain. In the wake of Brexit, the property market could be jittery for years. Plus, landlords are becoming a political target of tax changes and ever tightening rules. To stop investors from outbidding first-time buyers for the limited housing supply, the government embarked on the Great Buy-to-let Bashing of 2015 (more of this later).

We think that making property less attractive as an investment has to be part of the plan to end the housing crisis. It will temper the wrong kind of demand, but it doesn’t solve the real problem of supply. The only long-term solution is to build a lot more homes – and that will take a big political vision, which no recent government has shown. In the meantime, ‘greedy’ landlords make an easy scapegoat to deflect attention from the fact that decades of poor policy have caused far too few houses to be built, getting us into this pickle in the first place. We don’t see this climate getting any better for landlords. It will likely get worse, making lettings that much harder.

This book will show you how to make a success of letting, whatever that looks like to you. It might be to start building a property portfolio, to get a monthly income or simply to get your home back in good nick. You might want to be involved in every detail, or just see the rent hit your account every month.

We cover all the questions most asked by homeowners in your shoes. In the course of our work, we have been surprised at the lack of resource for accidental landlords. There are lots of books on property investment, but those assume you are a would-be empire builder deliberately setting out to buy – not much help with the property you already own. Equally, there are several lettings handbooks aimed at landlords who know their EPC from their Section 21, but they are overly technical for beginners. It’s a bit like starting to learn English by reading Shakespeare.

We can’t walk you through the legal nitty-gritty of an eviction or the finite details of a capital gains calculation. We can neither share the formula to build an investment empire worth millions, nor tell you how to refurb your bathroom all by yourself (though Daniel is a super hero with a drain plunger, writes Martina). There are experts in all these areas who can help you. What we can do is to give you the unbiased, easy-to-understand overview that you need to achieve peace of mind as an accidental landlord.

Our aim is to be comprehensive – covering all the boxes you have to tick – yet practical, sharing the lessons Daniel has learnt in six years of looking after accidental landlords. And we’ve tried our darnedest to inject some fun into subjects that would otherwise put an insomniac to sleep. Among the boxes dotted throughout the text, you’ll find some toe-curling stories to learn from. (Yup, the python and the brothel are in there, along with pigeon eggs in a tenant’s bed, and they’re all completely true. For reasons that will become obvious, all names have been changed.)

That said, this is not the sort of book you’d read from cover to cover on the beach. We have designed it as a reference guide to dip into along your landlord journey. To make it easy for you to find answers as you need them, we’ve broken down the lettings process into five Ps:

Plan. The biggest mistake new landlords make – and how to avoid it. We help you to run your numbers, get the right financing and plan ahead to save thousands in tax. And we tell you the truth about agents.

Property. All the practical steps to prepare your property for letting, peppered with tips on how to furnish, dress and market it. Plus, all the legal musts on being safe, green and licensed.

People. From viewing to vetting, we explain how to find good tenants – and how to keep them, even when you raise the rent.

Practicals. The 10 most common maintenance problems solved, plus 10 improvements that will pay off.

To make it even easier, we start off with a handy checklist of all the lettings steps you have to take. Then, once it’s all going swimmingly, we look at how to buy more investment properties – and how to sell.

You may have started out as an accidental landlord, but to make a success of it, you need to be deliberate. Let’s start with a plan.