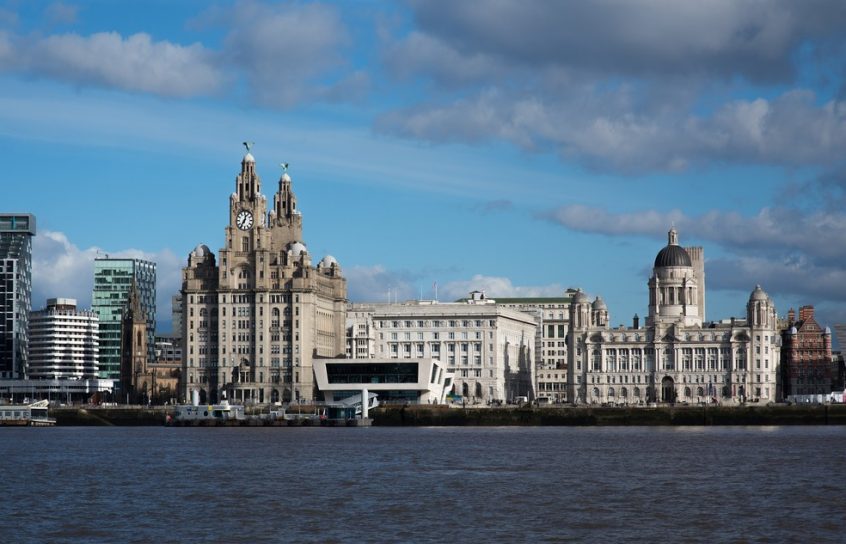 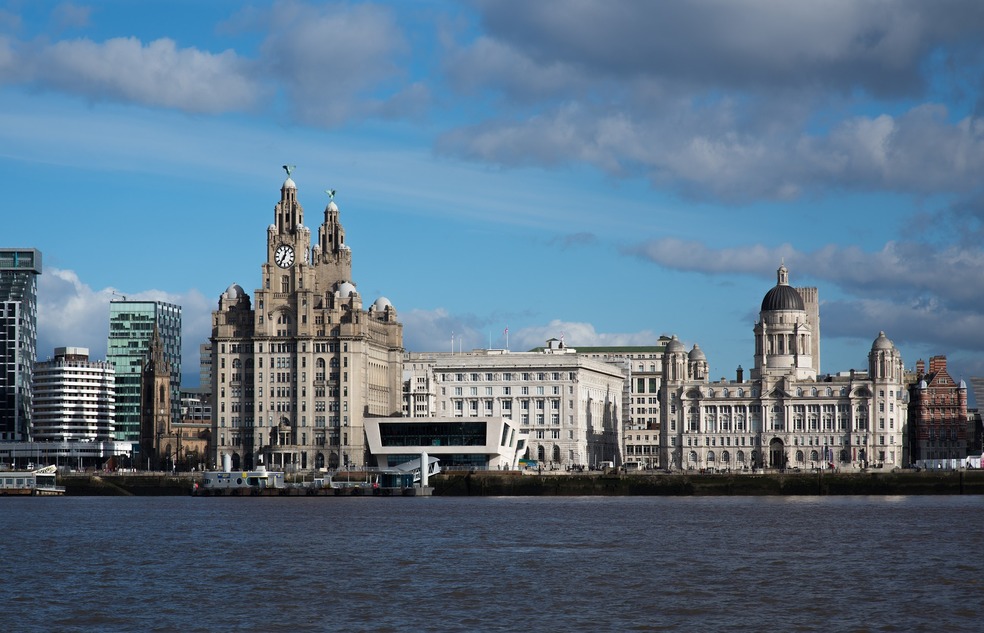 Landlord’s choice: Liverpool has more than 2,000 build-to-rent properties in the pipeline

Investors in search of better buy-to-let returns are looking away from London, to cities where prices are low and build-to-rent schemes are booming. Martina Lees crunches the numbers

London is no longer where the money is. Property investors are heading north for better returns, so much so that, this month, 13 off-plan flats in a converted mill in Leeds sold out in four hours — and two-thirds of the buyers, who paid from £106,500 via Sequre Property Investment, were from the south.

As tax changes and tighter mortgage rules have made it tough for buy-to-let returns to add up in the capital, even Londoners — biased in the past towards investing inside the M25 — know that the north has plenty of young professional tenants with quinoa and craft beer in their cupboards. “So far this year, half the homes bought by investors from London were outside the capital, up from one in five back in 2011,” says Johnny Morris, research director at Countrywide estate agency.

The big players, too, are looking beyond London. Backed by institutions such as pension funds, half of the 57,000 build-to-rent homes in planning and under construction are outside the capital — compared with a third of those that are complete, the British Property Federation (BPF) reports.

Where are they going? BPF figures show that Greater Manchester leads, with almost 11,000 build-to-rent homes in the pipeline. But investors are “getting cautious” about the city’s “massive pipeline”, says Alastair Carmichael, director at GVA, which advises build-to-rent firms. The oversupply has started to hit his personal buy-to-lets in areas feeding MediaCityUK, the BBC and ITV’s new home in Salford. Yet buy-to-let clients of Nova Financial who bought centrally two years ago have seen values grow by 50%, says Paul Mahoney, the firm’s managing director.

In the next tier of hotspots are Birmingham, Liverpool and Leeds, with a build-to-rent pipeline of more than 2,000 homes each, followed by Glasgow (1,400). “That’s very much where investors are looking,” Carmichael says. Graham Davidson, managing director of Sequre, agrees: “Liverpool and Leeds are where Manchester was two or three years ago.”

To help you ride the big guys’ coat tails before these cities take off, Countrywide has calculated two-bedroom gross annual yields across 200 postcode districts in the top build-to-rent towns and cities (see table, facing page). The figures are based on asking rents divided by prices paid by landlords over the past two years. They exclude costs such as mortgage interest, lettings agent fees and repairs.

Use yields as a starting point, but don’t just chase the highest numbers, says Henry Sherwood, a buying agent. “These tend to be in low-income areas. You need only one bad tenant to wreck a property and they could wipe out three years’ rent. We look for central fringe areas that will attract a good quality of young professional tenant.”

Here is where to invest in the new rental hotspots.

Birmingham
Why? Already home to a space-age Selfridges and a £189m library that hovers like a stack of books, Britain’s second largest city is pumping almost £1bn into regeneration around the Curzon Street hub, where HS2 trains are due to pull in by 2026. “The centre is almost unrecognisable,” Sherwood says.

According to Hometrack, prices are up 8.4% in the past year — the biggest rise in Britain after Manchester. HSBC, Deutsche Bank and HMRC are moving staff there.

Where? The city centre has a population exceeding 1m, yet is still “very affordable”, Sherwood says. He picks the B1 postcode, where two-bedroom buy-to-lets average £175,000, with yields of 7%. “That’s cheap compared with the average two-bedder in London W1, at £1.8m.” B1 includes Brindleyplace, a mixed-use scheme with more than 1,000 workers, and the Mailbox, a former sorting office that now houses a Harvey Nichols and canalside restaurants. Look to B18, which covers the trendy Jewellery Quarter, for similar prices and returns.

Liverpool
Why? House prices here are still 9.7% below their pre-crisis peak, according to Hometrack. “It has good growth potential and three universities with 50,000 students,” Sherwood says. “It is estimated that six in 10 graduates stay in the area.”

Where? Rather than the city-centre development hotspots of L1 and L2, where two-bedroom buy-to-lets cost £150,000, Sherwood favours the “affordable city fringes a short commute from the centre”. With two-bedders averaging only £47,000, scruffy Anfield (L4) — where Liverpool FC’s stadium expansion forms part of a £260m regeneration project — has some of the highest yields of all the 200 postcodes analysed for Home. For £7,000 or so extra, you can afford its nicer neighbour, Fairfield (L6), yielding 11.4%.

“We are seeing a lot more opportunities north of the centre as the city expands this way,” Davidson says. The developer Peel’s £5.5bn plans for Liverpool Waters, the city’s new deepwater port, and Everton FC’s potential new stadium on the docks make Everton (L5; 10.6%) “prime for investors looking to capitalise early” on two-bedroom homes priced at less than £50,000.

Leeds
Why? A decade ago, the architecture critic Maxwell Hutchinson ruffled feathers with a warning that a glut of new-build towers would create “the slums of the future”. Yet there has been little residential development in the city centre since the financial crisis, resulting in what Tony Brooks, managing director of Moda Living, describes as “a considerable demand-supply imbalance”. His firm is planning 1,400 homes for rent in two central schemes, backed by Apache Capital Partners.

Where? As the second largest financial centre in Britain, Leeds enjoys “higher average salaries than Manchester but lower city-centre rents”, says Jonathan Morgan, a local lettings specialist. He suggests LS1, with 7.9% yields on two-bedroom buy-to-lets at £166,000 — and the new John Lewis on the doorstep.

Regeneration around the proposed HS2 station in the Southbank area, which includes 250 tech and creative firms, aims to double the size of the city centre. It covers swathes of LS10, where two-bedroom investments cost £181,000, with 6.5% returns. Or try Burley (LS4), where Morgan thinks 1,000 new homes, swish offices and the recently opened Kirkstall Forge station, to the northwest, “could be the game-changer”. Yields on two-bedders, sold at about £120,000, average 7.3%.

Glasgow
Why? Boosted by the 2014 Commonwealth Games, Glasgow is a sporting and cultural powerhouse, with the world’s third busiest entertainment arena in the SSE Hydro. Prices are still 8.9% below peak, Hometrack reports — but the commercial property firm JLL predicts 17% growth by 2021, outstripping Scotland’s overall 10.9%.

Where? Merchant City (G1), Glasgow’s answer to Covent Garden, has recovered faster than the rest of the city, says Lisa Pitchers, regional manager at DJ Alexander estate agency. “Prices have been back on track for the past 4-5 years. As new development has been almost nonexistent, it’s a strong sellers’ market.

“Coupled with an average rental increase of as much as 10%, with one-bedders starting at £120,000 and letting for £725-plus a month, it is worth investing if you can get on the ladder here.” Two-bedroom yields average 7.4%, according to Countrywide.

Head northwest to Maryhill (G20), where parts of Trainspotting were filmed, for healthy returns of 8.7% on two-bedroom purchases at about £141,000. Many of its larger but reasonably priced tenements are let to students and sharers.

DJ Alexander has fielded “a few recent inquiries” from investors hunting in Govan (G51), on the south bank of the Clyde, with 9.2% yields on two-bedroom homes costing £74,000. “The Queen Elizabeth University Hospital is attracting staff looking to be close to their place of work,” Pitchers says. “It’s potentially one to watch if you have the cash to spare and at least 10 years.”